How to Prevent Debt Issues from Destroying a Couple

Easy to Apply and Qualify

While money certainly isn’t everything, it is still as critical to thriving and surviving now as it has always been. It can also be a major cause of tension and anxiety in romantic relationships. This can be especially the case if both parties in the relationship have differing or incompatible views on spending, saving and reducing debt.

It can’t be denied that money woes can have an adverse impact on a relationship and may, if problems aren’t addressed properly and decisively, contribute to serious marital discord. In fact, the Institute for Divorce Financial Analysis recently mentioned money issues as one of the top three primary reasons that couples file for divorce (22%). According to the Divorce Fact Sheet 2016 by the Feldstein Family Law Group, meanwhile, 33% of first marriages in Canada end in divorce, and 16% of people divorce more than once. Among the reasons for divorce are financial issues such as high debt loads.

Another troubling issue when it comes to couples and financial issues is that couples are often not as honest or as upfront about their finances with their significant others as they ought to be. A 2018 Manulife survey commissioned by Ipsos, for instance, finds that two out of every 10 couples in Canada acknowledge that they haven’t informed their partners about how much debt they have accumulated. As well, in excess of one in nine people acknowledge that they have hidden the cost of a big purchase from someone they love. And one-third of people admit that finances caused a lot of problems in their relationships. But while most of the couples that took part in the survey say they discuss finances with their spouses regularly, approximately 50% of them add that these talks often increase rather than decrease their stress levels. 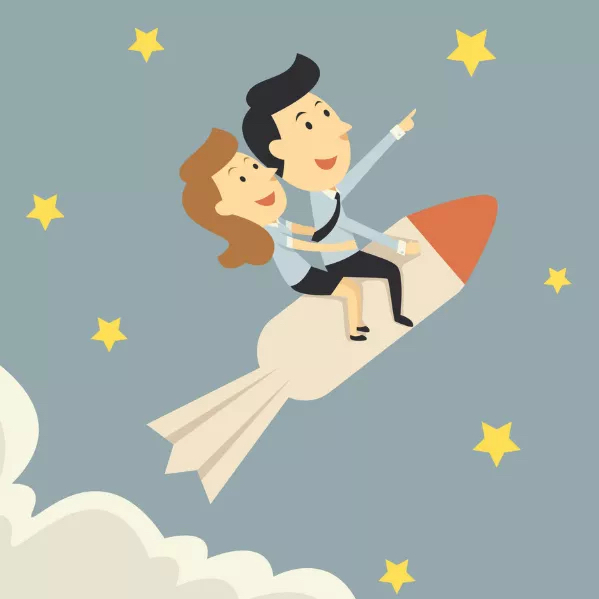 How To Handle Money As A Couple

It goes without saying that being in a relationship does not nullify autonomy, so both people in the relationship should a certain level of freedom in regards to purchases. However, that doesn’t mean that they can be secretive and dishonest. In fact, couples should engage in honest and constructive two-way discussions about finances, loans, and debt. For example, couples might decide who should be chiefly responsible for handling family finances, based on personal skill sets. While one party might be responsible for handling the money, this person should keep the other party in the loop and up to date on the finances. In other words, it should be a partnership.

With this in mind, the following recommendations can help couples to work together to build a strong financial future.

Keep on Top of Things

Budget as a Team & Work as a Team

Tackle Problems – Not One Another

Plan for the Future

A lot of the problems that impact couples, whether it relates to debt or loans or other financial issues, come down to a lack of proper communication. It’s important that couples deal with one another openly and honestly so that both parties are on the same page. Many a relationship has been ruined by money problems, but this doesn’t have to be the case. The aforementioned tips will, if adhered to, help couples in Canada to develop a healthy respect not only for one another, but also for their finances. This will help to build strong relationships and strong finances.

Apply Online and Get Cash Fast